Money and technology are changing at an amazing speed. And nextgen lawyers must keep pace with these future law topics.

AI is the ability of a computer program to learn and think. The way they are programmed enables them to learn, analyse, infer and apply. With some countries now moving to allow AI systems to own patents, this field is about to disrupt intellectual property ownership as we understand it.

Let’s say Svetlana borrows 10,000 rupees from me. She is supposed to return it in a week but doesn’t. I remind her but she has conveniently “forgotten” about it. What can I do? Nothing, except never lending her anything ever again! True story.

Now suppose, at the time of lending the money, a few friends are present. They all clicked a pic or shot a video of me lending Svetlana the money and her promising to return it in a week. And each of these friends posts the pic / video on Instagram, Facebook, etc. Now that is solid evidence. And Svetlana can’t really delete all these videos / pics from the Internet.

There are many blockchains in the world. The Bitcoin Blockchain is the first and oldest one. It records all transactions of the bitcoin cryptocurrency. Anyone can run a node of this blockchain. All you need is a computer with enough storage space and a strong Internet connection.

Cryptocurrency is used in a wide variety of criminal activity including:

Cryptocurrency is also used as the means of exchange on darknet markets for illegal drugs, weapons, malware, and other hacking tools.

To learn more, check out the mind map by Rohas Nagpal below.

Traditionally, cybercrime is defined as a crime in which a computer is either a tool or a target or both. With the rise of multiple metaverses, offering a lot more anonymity, traditional cybercrime may take on a far more sinister form. How would the law need to change to encompass this avatar of cybercrimes? To learn more about cybercrimes, check out our blog section on Cybercrime & Cyberlaw.

Cooper Turley described DAOs as an internet community with a shared bank account. The specifics of each DAO, including its type, structure, rules and governance, depend on the community and its objectives. Future law must understand the structure of these organisations and how they function.

Decentralised Finance (DeFi) is what you get when money meets public blockchains. It has turned traditional finance on its head. This concept consists of financial applications built using blockchain technology. To learn more, see the mind map below by Rohas Nagpal.

Ecommerce is digitally purchasing stuff. Simply put. It’s no longer that simple, though. When you purchase a non-fungible token of a digital product using tokens, which run on a blockchain, to pay for it, and have your rights protected by a smart contract running in the background, that’s when you can truly understand the scope of what ecommerce and fintech really mean today.

While they sound similar, econtracts are nothing like smart contracts. An econtract is a legal document created online and digitally signed. The difference is that the execution of such a legally binding agreement is dependent on a centralised authority to enforce it.

Shockingly, this is not just about video games. New technology has taken things above any beyond in an effort to make gaming as life-like as possible. Add to that wearable technologies like oculus glasses and haptics and you have a whole new world of existence already available to gamers where they may exist forever.

The metaverse is a parallel digital universe where you could create your digital avatar and do all sorts of cool stuff – work, travel, learn, play, party, and more! Remember the movie Avatar? The separate but parallel worlds shown in there, give a pretty clear picture of what metaverses could look like and what you (via your avatar) could do there! To learn more, see the mind map by Rohas Nagpal below.

Non-Fungible Tokens (NFTs) is what you get when intellectual property licences meet the blockchain. They are the next logical step for intellectual property law. Today fashion brands like Nike and Gucci are also providing exclusive merchandise as NFTs on the metaverse. Customers can then use these digital products in the metaverse for accessories for their avatar. To learn more, see the mind map by Rohas Nagpal below.

A regulatory sandbox (RS) usually refers to live testing of new products or services in a controlled/test regulatory environment for which regulators may (or may not) permit certain regulatory relaxations for the limited purpose of the testing.

The RS allows the regulator, the innovators, the financial service providers (as potential deployers of the technology) and the customers (as final users) to conduct field tests to collect evidence on the benefits and risks of new financial innovations, while carefully monitoring and containing their risks.

It can provide a structured avenue for the regulator to engage with the ecosystem and to develop innovation-enabling or innovation-responsive regulations that facilitate delivery of relevant, low-cost financial products. The RS is potentially an important tool which enables more dynamic, evidence-based regulatory environments which learn from, and evolve with, emerging technologies.

Smart Contracts are neither smart nor contracts. But they are revolutionising the world of law and technology. They are automated, enforceable agreements that do not need any centralised intermediaries to execute them.

We all know that social media allows us to connect with each other digitally. So why is it a part of this future? Because, the way in which we will now connect and interact will drastically change. By 2030, most meetings and social interactions are expected to move online, led by Web 3.0 technologies.

This is the third clear “version” of the internet. The objective is to put more control of content into the hands of the users. Web 3.0 will have the potential to allow you to use a single account to move seamlessly between various platforms, search and even shop.

Web 1.0 was the first generation of the World Wide Web from the early 1990 to around 2004. During this stage, most websites were static. These websites were created by businesses and consumed by users like you and me.

Web 2.0 is the current second generation of the World Wide Web. A large amount of content is user-generated e.g. social media content, blogs, vlogs, etc. Most of this data is controlled and monetised by large companies like Google, and Meta (Facebook).

Web 3.0 is the latest generation of the World Wide Web and its focus is on decentralisation. Web 3.0 applications and services would increasingly be powered by blockchains, crypto-assets (fungible and non-fungible), artificial intelligence, and metaverses. Web 3.0 is expected to provide personalised content and also enable people to control their own data.

To learn more, see this article. 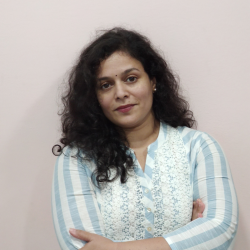 Shuchi Nagpal
Shuchi Nagpal is the Chief Education Officer of Asian School of Cyber Laws. She is a Masters in English Literature and a post-graduate in Journalism and Mass Communication.

Recommendations to the Govt. for amending the IT Act